does your country's colleges or media celebrate job competitions


Reader awards: vote now for business leader and unsung hero of the year

Thank you to all who put in nominations for the Guardian Sustainable Business reader awards. The shortlist has been created – vote for your favourites below 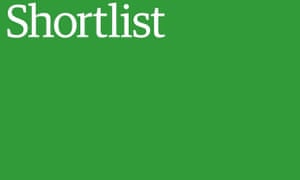 Who will you vote for? Photograph: Guardian

We invited you to nominate the individuals who you believe deserve to be recognised for their efforts in sustainability. It’s been a tough choice, but from all your entries we have put together shortlists for leader of the year and unsung hero of the year, and have included some of the reasons given by readers for their nominations.

It’s now time to submit your vote for the two awards, both of which will be announced online and in a special in-paper supplement on 27 May. The deadline for voting is 11:59pm on 22 April.

The shortlists are as follows (the voting poll is at the end of the article):

Nominees for leader of the year 2016

Wyke Farms’ “100% Green” initiative, developed after Richard analysed the company’s environmental impact, has allowed it to become the UK’s first national cheddar brand to be 100% self-sufficient in green energy. Wyke Farms is challenging both industry change in a farming environment (where change is oftem resisted) and also category change at retail level. Under Richard’s leadership it has set up a visitor centre and is offering to pay milk-producing farmers an annual premium for using their own renewable energy to help reduce environmental impact throughout the region.

When The Guardian revealed the extent of the refugee crisis, Paul offered the services of his team to raise support for British Red Cross. With his team, he helped to organise With Love From Liverpool (the first and biggest pro-refugee arena fundraiser event in the UK) and raised £50,000. Paul also implemented a two-month trial of the Scandinavian six-hour working day for everyone on his team in a bid to address work-related stress and create the conditions for a happier, healthier, more productive and sustainable workforce. And he launched Agent Academy CIC, a social enterprise that helps young people into meaningful employment.

Tom started at Avery Dennison NTP on the shop floor at 20 and has since worked his way up to his current director position. “Make others around you great” is his core principle as a person and as a leader. Avery Dennison NTP has employed 10 refugees for work and language training in collaboration with local authorities. He has also opened the door for people who sometimes struggle to find jobs (people with disabilities, people with little or no education etc). Under his leadership, the sick leave level has significantly reduced from 9% to 5.85%.

Ellen founded the Ellen MacArthur Foundation which works with business, government and academia to help build an economy which drives out waste and is regenerative and circular. Her work has pushed the EU to develop circular economy legislation and she has built an alliance of 100 companies committed to pushing forward circular principles in their own business models.

Cyndi has been building the circular economy for textiles for more than 10 years. Worn Again first started working with recycled textiles, with consumer facing products that were attractive and sexy but ultimately small scale. She quickly realised that the only way to completely reduce the millions of tonnes of textile waste going to landfill was to go beyond recycled products and develop a technology that would enable fabrics to be completely re-used over and over and over again. Worn Again evolved into a business-facing technology company. Cyndi engaged chemists from Cambridge and brought mainstream companies such as H&M and Puma on board.

Nominees for unsung hero of the year 2016

Rachel has been a driver for B&Q’s One Planet Home programme, where colleagues across the business are empowered to meet sustainability goals directly through B&Q’s operations and also at a customer level, helping them to create sustainable homes. She worked with the sustainability charity Bioregional to create the programme in 2007 and has been a hidden powerhouse behind B&Q’s environmental and ethical performance.

Since joining in 2013, Ben has overseen the delivery of more than 1,000 retrofit measures and embedded sustainability practices across the organisation. Whether it’s meeting residents to ensure they get the right support to pay their bills, or personally scoping and delivering a programme of staff training on affordable warmth, Ben is involved across the business. He has also fought for and achieved high levels of external funding and ensured the best outcomes both on bills and comfort for our residents.

Kate set up a pioneering, commercial-scale, closed-loop aquaponic urban farm in London on a scale unseen before. The farm produces fish, salads and herbs in unused city spaces to sell to restaurants and grocers. The aim is to feed people in cities in an environmentally and socially positive way, and reconnect people with where their food comes from.

Citizens UK has had a big impact on the social and activist community in the UK from a small start. Under Neil’s leadership it has galvanised and focused the movement for change with ethical, direct and simple ideas underpinned by a light touch operational structure.

Lena aims to make sustainable cotton mainstream. Her role is not very public facing – her job is to make sure the farmers who sign up to BCI get the right training and support, as well as to strong arm brands to move their financial commitment from a philanthropic budget to a mainstream procurement one. Lena also has to navigate very toxic politics on occasion, for example, the very real opposition of some regional producers to BCI.

Replies to This Discussion

Welcome to
does your country's colleges or media celebrate job competitions

hottest youth-spring question of our life and times-can online education end youth unemployment for ever ? yes but only if you help map how!

exponential impact advisory: the social business youth networks inspired by muhammad yunus -without which millennium goal actions networks would be way behind are worth far more than any individual parts according to Norman Macrae Foundation  trilliondollaraudit methodology and charter notespace

Beyond the extraordinary investment of the members bank at Grameen, and the approximate third share its members foundation holds in grameenphone, here is our Unofficial League Table of Most Impactful Social Business Investments around yunus - last update 1 dec 2012

3 Portfolio of investments linkedin by Japan

email chris.macrae@yahoo.co.ukif you have questions or recommendations of entries that should be in this league table